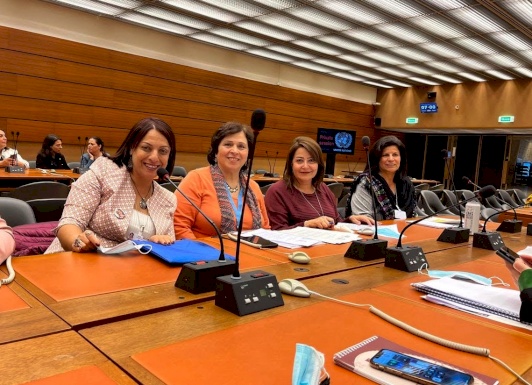 QADER for Community Development, represented by its Director General, Lana Bandak, and the Protection and Advocacy Program Officer, Shurooq Al-Afandi, participated in the 85th Pre-sessional Working Group of Committee on the Elimination of Discrimination against Women - CEDAW, at the United Nations Headquarters in Geneva - Switzerland.
In her oral statement, Mrs. Bandak briefed the CEDAW Committee about the violations against women and girls with disabilities, focusing on the right to health and work, in addition to gender and disability-based violence.
QADER team also participated in a meeting with the fact-finding committee on the occupation violations in occupied Palestine, which they provided observations on the impact of these violations on persons with disabilities in general, and women and girls with disabilities in particular.