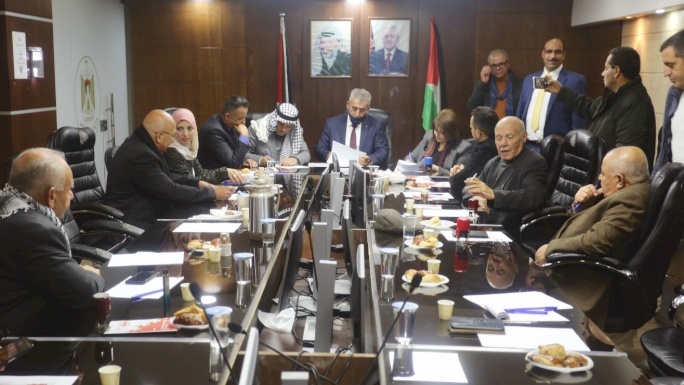 Ramallah- Under the patronage of the Minister of Local Government Eng. Majdi Al-Saleh, QADER for Community Development represented by the Director General, Mrs. Lana Bandak, and the Mayors of five local authorities (Al-Samou’, Al-Shuyoukh, Al-Dhahiriya, Beit Ula and Beit Ummar) signed memorandums of understanding  (MoUs) for the implementation of the project “Strengthening local capacities in Community Based Inclusive Development in the Hebron Governorate“ funded by CBM.

Al-Saleh explained that these MOUs are in alignment with the strategy of the Ministry of Local Government, and come with the aim of supporting the local development planning process (SDIP) in the five municipalities by improving the inclusion and participation of various social groups, especially persons with disabilities,  and support the role of youth to hold local authorities and duty bearers accountable within their responsibilities and obligations towards the rights and needs of persons with disabilities.

In her turn, Lana Bandak indicated that the project contributes to enhancing the social, economic and political participation of  the people with disabilities, focusing to include them in inclusive social development processes, and supporting them and the local communities to organize and lead collective interventions towards community-based inclusive development.