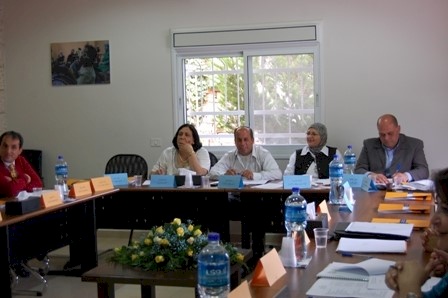 QADER’s General Assembly convened its 2'nd annual meeting on the 1'st of May 2010 at QADER’s office in Bethlehem, and included  14 out of 17 General Assembly members, the External Auditor and the Legal Counselor. The meeting commenced with a welcome addressed by the Board President Dr. Ahmad Fteiha, followed by a presentation of meeting agenda.

Following to this, QADER’s annual plan and annual budget for the calendar year 2010 were presented by Mr. George Mansour, Executive Director of QADER.

Finally, the General Assembly approved the extension of contract with Khader & Co for Auditing & Consulting to undertake the external audit for the year 2010.